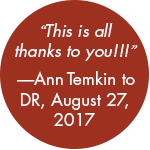 MODERSOHN-BECKER AT MOMA!
The Museum of Modern Art and Neue Galerie New York Acquire Paula Modersohn-Becker Painting, the Only Self-Portrait by the Artist in the United States

“In the portrait she painted of herself pregnant—the first such image in art—Modersohn-Becker holds up two flowers that she thrusts right at the viewer. . . . Not since Manet’s Olympia has such a no-nonsense glance been leveled at the viewer.  Deal with it, she challenges us: deal with the metaphor and the reality.”

Paula Modersohn-Becker: Self-Portrait by Diane Radycki (The Museum of Modern Art, 2018) is a new volume in MoMA’s series, One on One.  This series of richly illustrated little monographs focuses on single works in the museum’s permanent collection.  Essays are intended to illuminate the subject in detail and situate the work within the artist’s life and career, as well as within broader historical contexts.

Commissioned to mark the upcoming opening of the renovated MoMA, the six latest One on One volumes feature the artists Frida Kahlo, Dorothea Lange, Paula Modersohn-Becker, Faith Ringgold, Betye Saar, and Sophie Taeuber-Arp. 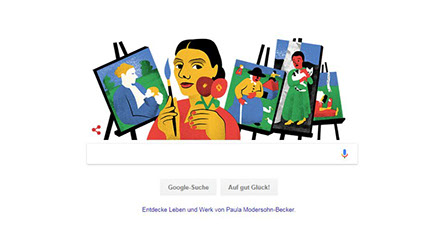 December 5, 2014–June 4, 2015
Copenhagen, Denmark
Louisiana Museum of Modern Art
The first major exhibition in Scandinavia of the work of Paula Modersohn-Becker, with over 100 paintings and drawings. Accompanying the exhibition is a multi-authored catalogue that includes the essay “Body of Evidence: Modersohn-Becker’s Reclining Mother-and-Child Nude” by Diane Radycki.

July 31, 2014
University of Salzburg, Austria
Salzburg Institute Symposium paper: “Whose Utopia?” on the impact of aesthetics, economics, and politics on three couples (the Modersohns, the Rilkes, and the Vogelers) at the heart of the Worpswede art colony in the 1900s, as Naturalism gave way to Modernism. Participants in the all-day symposium on utopia (A Perfect World?) came from Austria, Canada, Germany, Great Britain, Italy, Turkey, and the United States.

March 4, 2014
Jarvis Stewart Guest Lecture
Ohio Wesleyan University
At the invitation of the Fine Arts Department of Ohio Wesleyan University, Diane Radycki delivered the Jarvis Stewart Lecture, in spring semester 2014, on the life and work of Paula Modersohn-Becker (1876–1907) and her relationship to the work of Käthe Kollwitz (1867–1945), the most important German women artists of the 20th century.
Ohio Wesleyan’s Permanent Teaching Collection holds several early prints by Käthe Kollwitz, from 1904 and 1910.

October 30, 2013
University of Notre Dame
South Bend, Indiana
At the invitation of the Department of German and Russian Languages and Literature, guest lecture: “Trees and Figures, or Metaphor, Synecdoche, and the Modern Woman.”
Snite Museum of Art at the University of Notre Dames holds an early painting by Modersohn-Becker, Tree in Autumn Foliage, 1899.